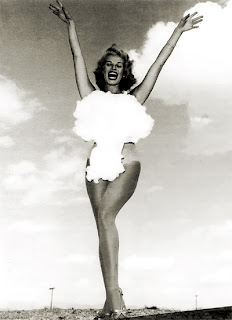 It was way back in 2006 that we first posted our Atomic Missing Persons bulletin for Lee Merlin, better known as Miss Atomic Bomb. Since it is now 2010 and we have a few additional nuggets of information to share, we thought the time was right for an update.

Here are the new data points: 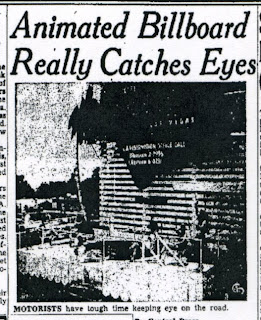 If you have any leads on Lee Merlin, please send them here. 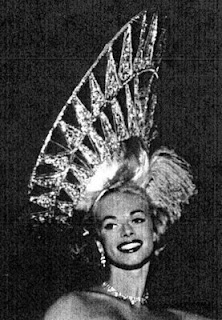 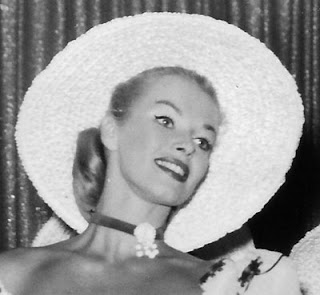 Lastly, fans of Michael Mann's early 1960s-set police drama Crime Story probably won't remember this, but in one of the later episodes, the famous photograph of Lee Merlin shows up in the background of the bar frequented by the detectives. 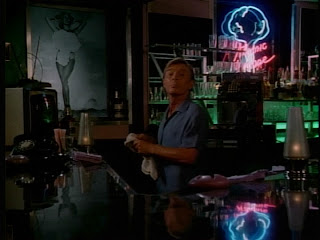 Posted by Bill Geerhart at 4:38 PM

I'm sure you've probably seen it, but there's at least one alternate photo floating around the net, with her hands behind her head instead of up in the air. Here's a large version of it.