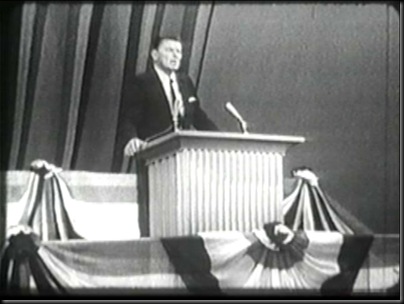 CONELRAD, the website that brought you the complete history of the Daisy ad is preparing a major feature on Ronald Reagan’s career-launching 1964 speech, “A Time for Choosing.”  We are posting this plea in the hopes of finding people (especially the folks who are looking at the camera in the clip below) who may have attended the taping of this legendary political performance. 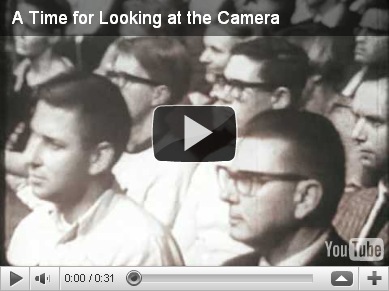 We have already exhausted the traditional routes of contacting veteran Young Republicans who worked on the Barry Goldwater presidential campaign in Southern California. We even reached out to the Reagan and Goldwater families for assistance. We have come up empty on all counts.

You, the public, are our last chance…

So, if you were  in the audience at NBC studios in Hollywood, California in mid-September 1964, CONELRAD would like to hear from you. Please send us an e-mail with your story. We’re looking forward to talking to you! 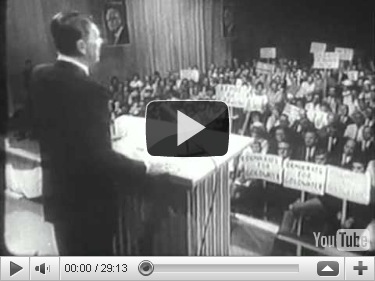 Posted by Bill Geerhart at 8:19 PM