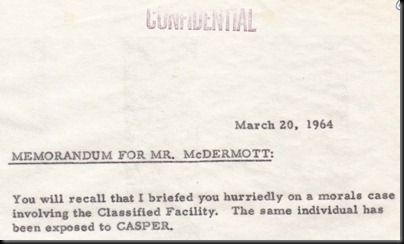 Last month while we were at the National Archives in College Park, Maryland researching the government emergency relocation site known as Mount Weather (aka the Special Facility, aka the Classified Facility aka the Classified Location aka High Point) we stumbled upon something very intriguing: A document concerning an individual involved in a potentially compromising “morals case” who worked in some capacity for the “Classified Facility.” But, apparently, what really sounded the alarm bells for the addressees on the March 20, 1964 letter is the fact that the unnamed mystery man—who had been involved in “highly classified matters”—also had knowledge of the top secret Congressional bunker (aka CASPER) at the Greenbrier resort in White Sulphur Springs, West Virginia.

The purpose of the memorandum was to update the Director of the Office of Emergency Planning (the agency then tasked with operating Mount Weather), Edward A. McDermott (1920-1999), on a matter that had attracted the attention of the Deputy Secretary of Defense, Cyrus R. Vance (1917-2002). Vance and his chief of Intelligence wanted to brief their spokesman, Arthur Sylvester (1901-1979), on the “general circumstances” so that Sylvester would be aware of the gravity of the situation in the event that he had to handle any media inquiries. The memorandum was written by McDermott’s Deputy Director Colonel Justice M. Chambers (1908-1982). 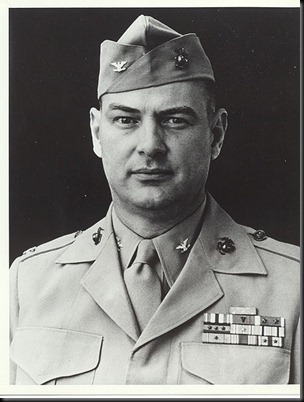 Robert Y. Phillips, Director of the Government Readiness Office, and William E. Elliott of the Mount Weather Security Office concurred that cluing in Sylvester “would do no harm,” but, according to the memo, directed Vance not to reveal any “facts concerning CASPER.”

There was no further correspondence regarding this sensitive issue in any of the civil defense boxes that we have examined. And we were unable to find any reference to it in the declassified Secretary of Defense records that we looked at. According to the military archivist who was assisting us, most of the records from this period remain classified. Therefore, we were unable to look into whether the Assistant Secretary of Defense for Public Affairs (the aforementioned Mr. Sylvester) was ever contacted about the scandal-in-waiting. Sylvester, it should be noted, helped mislead the press during the Cuban missile crisis and later became the subject of controversy when he declared that “the government has the right to lie.” [1] 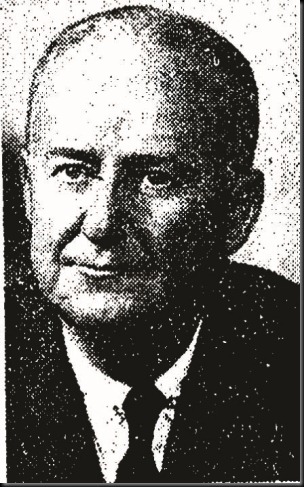 Of course, when one searches the news databases for morals cases that occurred during 1964, the overwhelming “hit” returned pertains to President Lyndon B. Johnson’s senior aide Walter Jenkins (1918-1985) who was arrested (along with another man) on a disorderly conduct charge that took place in a YMCA restroom in Washington, D.C. Jenkins may have known about Mount Weather and the Greenbrier bunker, but his arrest occurred months after the memorandum. [2] 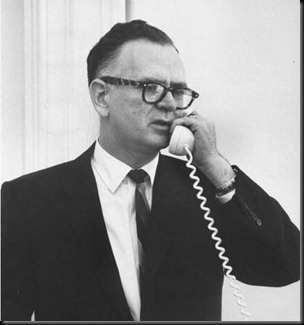 The only published reference to a morals case that was found to have transpired around the time of the letter is that of Eddie Haynes, a 31-year-old staff sergeant based at Fort Myer (Virginia). But Haynes’s “morals trial” was already in full swing (and well beyond the confines of damage control) by March 13, 1964, so it seems unlikely that he is our mystery man. [3]

Efforts to locate William E. Elliott and Robert Y. Phillips were unsuccessful, though we did find some evidence to suggest that Elliott would have been in his fifties at the time of the memo. An email sent to a relative of Justice M. Chambers inquiring about the Colonel’s Mount Weather duties via a cemetery website bounced.

Finally, the Clarke County District Court—the possible jurisdiction of the “morals” infraction—maintains criminal records dating back to the 1800s so CONELRAD may follow up on this lead in the future. We will, of course, update this post if we uncover anything substantial. In the meantime, the full background of this document will have to remain another unsolved mystery.

Thanks to Tim Goldsmith for additional research.

Posted by Bill Geerhart at 6:43 AM

Could it have been someone tied to the Ellen Rometsch scandal?
http://www.spartacus.schoolnet.co.uk/JFKrometsch.htm

This is at whatever point that I first visit here. I discovered such endless strengthening issues in this particular blog, One thing I should request is you that pls keep on posting such kind of helpful blog. A praiseworthy activity that moves to describe and further creates bunch holding. Gatherings collect in general and offer their workspace experiences. along these lines, look at the easy team-building activities profile.

HELLO, THIS IS FIRST TIME VISITING YOUR BLOG BUT I APPRECIATE YOUR WORK, KEEP ADDING MORE. JUST TO INFORM YOU I WILL FOLLOW YOUR BLOG SO DON'T DISAPPOINT ME. THANKS
고스톱

THIS IS A GREAT POST, BE SURE TO KEEP WRITING MORE GREAT ARTICLES LIKE THIS ONE.
스포츠토토

IT’S FANTASTIC TO UNCOVER ANYONE VERBALIZE THROUGH YOUR HEART AND AS WELL EXCELLENT ON THIS CRITICAL INTENDED THEME CAN BE EASILY VIEWED. THNAK YOU!
일본야동

LEARNING IS THE PROCESS WHICH I THINK NEVER BE ENDED BECAUSE IN EVERY STAGE OF LIFE A PERSON HAVE ABLE TO LEARN NEW THINGS, MODIFY AND IMPLEMENT TO HIS LIFE.
안전놀이터