“This memorandum shall serve as a pass for your dependents to the relocation site pending issuance of a Civil Defense Pass.”

At the height of the Cuban Missile Crisis senior aides to President John F. Kennedy began receiving pink identification cards and packets of information instructing them on where to go in the event of an emergency. Special Assistant to the President David Powers asked at the time: “What happens to our wives and kids?” It fell to President Kennedy’s naval aide, Captain Tazewell Shepard, to address the massive morale gap of what to do with the “dependents.”[1] 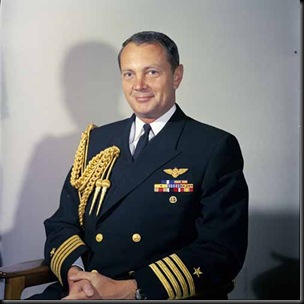 The young officer responded with a plan to have the family members of select White House staff assemble in a fenced-in area at Washington’s Reno Reservoir for a motorcade ride out of the city to an undisclosed relocation site. The call to convene at the reservoir would have come in the form of a “Civil Defense Alert.”[2] Assuming that the rest of Washington (and the world) would be privy to such an alert, it is interesting to note that Captain Shepard does not include a Plan B to address the inevitable D.C. evacuation gridlock and general panic.

But, as Robert F. Kennedy (Steven Culp) says of the arrangement in the film, Thirteen Days, “Of course, that’s for morale. The missiles only take five minutes to get here.” 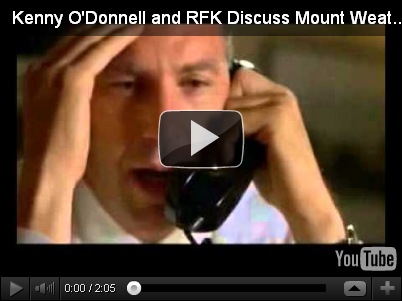 FOR OFFICIAL USE ONLY

Subj: Relocation of Dependents of Personnel Involved in the White House Emergency Plan

Previously a packet has been distributed to be opened only in an emergency, which describes the location to which dependents could go at such a time. Because during a Civil Defense emergency, transportation restrictions will be set up and movements may be difficult, a more workable plan appears to be a formation of a motorcade, to move dependents in a group to a relocation site outside of the Washington area. To do this effectively, a fenced area in Northwest Washington which is considered central to the area where most dependents of White House staff members live (those living on the Washington side of the river). This area is within the fenced portion of the Reno Reservoir, with an entrance off of Belt Road, which intersects with Wisconsin Avenue a little more than a block north of Albemarle Street.

In time of a Civil Defense alert, dependents covered by this plan are instructed to proceed to this assembly area. Because a Civil Defense Pass will be required for each individual, only those covered by this memorandum may be included. You are requested to keep current the information filed with the Office of the Naval Aide as to the number and ages of your dependents.

Minimal supplies of food and water will be included in the planning, so that it will not be necessary for dependents to bring any additional equipment. Because of space limitations, they are urged not to attempt to bring personal belongings.

This memorandum shall serve as a pass for your dependents to the relocation site pending issuance of a Civil Defense Pass.

Posted by Bill Geerhart at 5:21 PM