FACE TO FACE WITH COMMUNISM

“A tabulation by education tended to show that the less education a man had the more he liked the film.”

-- Finding of a U.S. military survey on the movie Face to Face With Communism 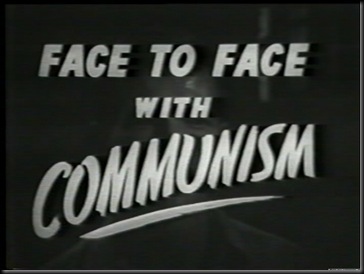 On May 1, 1950 the town of Mosinee, Wisconsin fell to the Communists…for a day. The “invasion” and “occupation” of the small Midwestern town was actually a Cold War pageant staged by the town leaders and members of the American Legion. The intent of the exercise was to depict what it would be like for Americans to lose their freedoms at the hands of the Reds.* 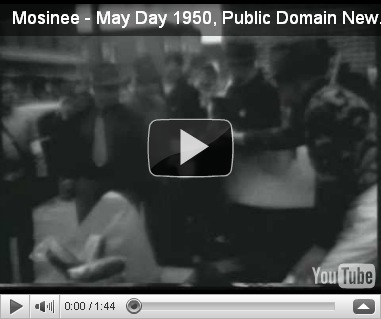 The elaborate street theater stunt—which involved the participation of many Mosinee citizens—garnered worldwide news coverage and led to a couple of subsequent, much less publicized, “Communism for a Day” exercises in other cities before the concept fizzled.

One of the lasting legacies of Mosinee is a U.S. military training film issued in 1951 entitled Face to Face With Communism (original title: Why Be Informed). The government motion picture catalog entry offers the following synopsis of the movie:

“A realistic presentation of what life in this country would be like if Communists were in control. Life becomes a nightmare for Sergeant Conway of the Air Force, in town on furlough, until he learns that the seizure of the town was staged by the citizenry to show what could happen.”

If the above description leaves any doubt as to the source of Face to Face With Communism’s creative inspiration, the last few lines of dialogue in the film—delivered by a patriotic cobbler, no less—confirms the lineage:

It went fine, better than we expected. It’s in the papers all over the country by now – next week’s issue of Life magazine, too… You know, when we first talked it over, a lot of the fellas shouted it down – said it wasn’t necessary, but a bunch of us thought it was. It always seemed to me that there’s no better way to show a community how it would be if the Communists took over than to act it out… 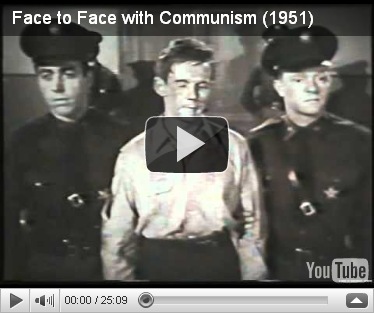 In its own right, Face to Face With Communism may very well be the first cinematic treatment of the concept of Soviet America — a genre that now includes such films and television programs as Red Nightmare (1962), both versions of Red Dawn (1984; 2011) Amerika (1987) and The Experts (1989). Of course, Arch Oboler established the dramatic template of men losing their freedom overnight (albeit in a fascist context) in his film, Strange Holiday (1945). 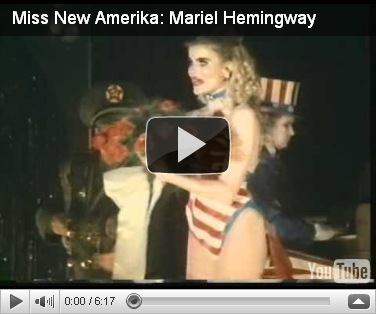 Given its importance to the history of Red Scare films, CONELRAD was interested in learning more about Face to Face With Communism. After scouring the online newspaper databases (where we found precious little), we contacted the National Archives and Records Administration in an effort to locate documents related to the movie’s production. The one item that we were able to find was a paper dated August 1951 prepared by the Attitude Research Branch of the Armed Forces Information and Education Division entitled “REACTIONS TO THE FILM: FACE TO FACE WITH COMMUNISM.” 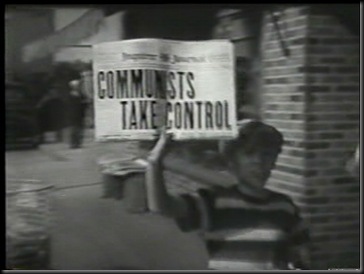 The document presents the results of a survey conducted to “obtain a general impression as to how servicemen reacted to the film FACE TO FACE WITH COMMUNISM.” It was the military version of a Hollywood test screening. The introduction section of the document explains the methodology of the survey:

After viewing the film FACE TO FACE WITH COMMUNISM, 380 enlisted service people filled out a 24-item questionnaire giving their reactions to the film. The group included 124 Army enlisted men at Ft. Belvoir, Virginia, 139 men at Naval Receiving Station, and 111 airmen and 6 WAF’s at Andrews Air Force Base, Maryland.

One of the caveats noted in the document is that “either the sound track or the reproduction equipment was poor at all of the test showings.” This tradition of poor exhibition quality carries on in CONELRAD’s YouTube presentation, but at least you are not being forced to watch it.

The major findings of the Attitude Research Branch analysts from their survey follow:

You can read the full report here: 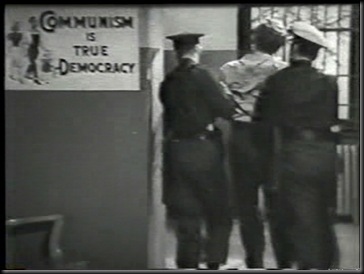