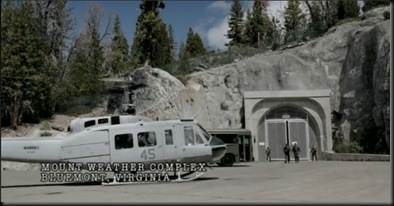 “They’re doing some pretty scary things up on the Mountain.”

-- Quote from a source of a 2001 Washington Post article on the government relocation site, Mount Weather[1]

“I’ll be glad to tell you all about it, but I’d have to kill you afterward.”

Unlike the declassified congressional bunker at the Greenbrier Hotel in White Sulphur Springs, West Virginia, there are no public tours through the top secret Mount Weather. Indeed, this massive Cold War-era “Special Facility” located near Berryville, Virginia continues to stand at the ready to shield the President of the United States, the Supreme Court Justices and hundreds of other VIPs in the event of a national emergency. 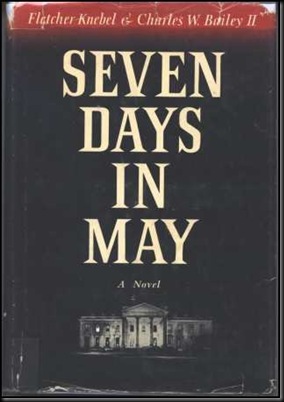 Since at least 1962 (when authors Fletcher Nebel and Charles W. Bailey II described a presidential refuge called Mount Thunder in their political thriller Seven Days in May), the public has imagined what this super bunker must look like. Mount Weather has proven to be such an irresistible and mysterious symbol of secrecy over the years that it has served as the location of dramatic scenes in fictional entertainments like the last episode of The X-Files, the 2002 motion picture The Sum of All Fears and the 2008 remake of The Day the Earth Stood Still. 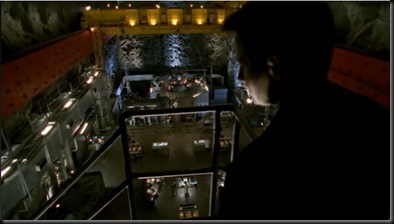 But what is the real Mount Weather story? Could it possibly live up to its legend? CONELRAD has assembled the following oral history from the limited published accounts available regarding the site. We hope that this post may inspire retired FEMA staff, government officials and journalists to come forward with their own eyewitness accounts. If we receive any additional information we will publish an update. 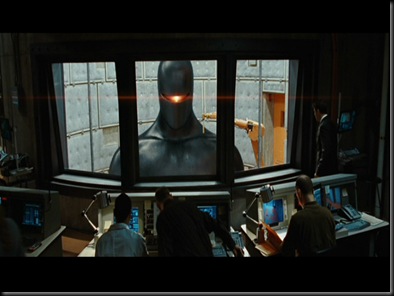 “That was some rough, tough, dirty work… It was amazing the way they could drive a straight line through solid rock.”

--Gilbert Fowler, foreman of one of three 40-man U.S. Bureau of Mines shifts that worked around the clock for three years to expand the Mount Weather mine into a state of the art continuity of government facility. Fowler worked with one of the architects of the top secret project, Paul Russell. Mount Weather was completed in 1958.[3]

“It’s kind of mind-boggling. Dr. Strangelove is one of my favorite movies, and you can fantasize about that site in similar ways. It’s otherworldly—just the size and weight and massiveness of the doors. It’s a mini-city—like a space station.”

-- Buford Macklin, who was once the emergency coordinator of the Department of Housing and Urban Development[4] 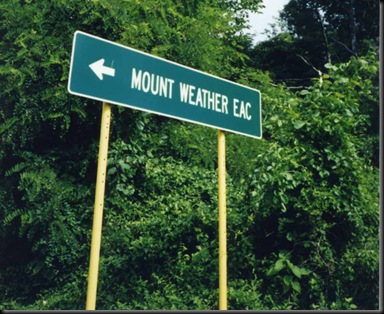 “It’s austere. Believe me. I’ve been there. The secretary of commerce has a small cubicle. He wouldn’t have to share a bed. Everybody else would.”

-- Richard Pidgeon, who was once the emergency coordinator of the Department of Commerce[5]

“Mount Weather could hold two, even three times as many people as there were bunks—several thousand in all. Only the President, Cabinet Secretaries and Supreme Court Justices had private quarters. Eisenhower had family pictures on his desk. A therapeutic mattress was installed for [President John F.] Kennedy’s bad back. For those who could not cope with the stress, the facility had sedatives as well as a padded isolation cell, complete with an observation window. One official dubbed it ‘the rubber room’ and said there were straightjackets on pegs outside the door… So complete is the site’s inventory that it now includes birth-control pills—not because of any anticipated sexual activity but so that female officials would not have to interrupt their pill-taking schedule.”

“That was a station up in northern Virginia that had good, firm underground rock that we could operate from that would give us a reasonable amount of security for detonations… Originally, the thing started as a Bureau of Mines mine for testing, for testing their mining equipment. And then, we took it over in 1955. And we then converted it into an underground installation having hard communications capability.”

First of all, as important as the site was to what we wanted to do, we had to protect it, not make it a target or an invitation. Now, I don't say that the Russians didn't know it was there, but why alert all the other infiltrators that could come in and give you some hard times?

“Radiation or not, throw them the hell out. I don’t give a damn what the radiation count is.”

-- J. Leo Bourassa on handling saboteurs and troublemakers in a post-attack environment at Mount Weather[9]

“He [Mount Weather site director, J. Leo Bourassa] had that job during the hottest years of the Cold War, from 1958 to 1968. If the need arose, said recently, he would have kept out the president’s wife—Mamie Eisenhower or Lady Bird Johnson or Jacqueline Kennedy – because they didn’t have passes. The ground rules, written by President Dwight D. Eisenhower, stated: no spouses allowed. Emotions would be running high, and everyone would have to be treated equally, Bourassa said, to prevent revolt.”

“Automatic weapons were stored at the site, and Bourassa says he would have implemented a shoot-to-kill order to prevent anyone not on the site’s roster—even family members of officials or locals—from gaining access.”

“I expect your people to save our government. You know damned well I’ll be there as soon as I can.”

“I never took it very seriously. It was an unrealistic thing, it seemed to me, that we’d all pick up at the ringing of a bell and run for the hills leaving our families behind.”

-- Alexis Johnson, Deputy Under Secretary of State, during the Cuban Missile Crisis[13]

“That facility could have accommodated thousands of people. They would have rotated the bunks. They would have been working very long shifts. There was a crematorium to dispose of bodies, people that had been killed from either blast burns or radiation. It was a remarkably sophisticated and complete facility, and one of several around the country.”

“The plane crashed about one and one-half miles from an underground complex that reportedly is designed to serve as a headquarters for high government officials in the event of a nuclear war. A Federal spokesman acknowledged only that the facility was operated by the little known Office of Preparedness, whose responsibilities, he said, include ‘continuity of government in a time of national disaster.’”

“The installation is kept in a constant state of readiness to perform its mission in the event of an emergency that requires the relocation of key Government officials. These employees are required to have top secret clearance, to reside within an hour’s ride of the Special Facility, and to be available 24 hours a day to report for duty at the Special Facility in the event of an emergency.

“The entrance is such that if they were to pop a nuke, it would withstand whatever they popped.”

-- Julius W. Becton, Jr., former FEMA director, on what has been described as a five ft. thick, ten ft. high and twenty ft. wide solid steel door that serves as the gateway to the Mount Weather bunker.[17]

“I wanted to disperse a little of the mystery, here. I was at Mount Weather twice - once with President Eisenhower, once with President Johnson. The only mystic part of it, we were all supposed to leave our families in the event of a nuclear attack on Washington. Nobody would have done that. But hundreds of people knew when we went along with the Presidents.”

“The person described on this card has essential emergency duties with the Federal Government. Request full assistance and unrestricted movement be afforded the person to whom this card is issued.”

“Our program started in 1954. Wouldn’t it be prudent to assume that the Russians have found out where these facilities are and have targeted them? With modern weapons, they can dig out anything they want… Mount Weather still has lots of utility for a situation less than a nuclear war. Its capital costs are amortized, and the operating costs of a place like that are pretty cheap. And it might survive an attack. Do you scrap something like that? Maybe at some point, when you have sufficient alternatives, you close it.”

-- John Policastro, FEMA Division of Continuity of Government Planning to author Edward Zuckerman for the 1984 book, The Day After World War III[20]

“Only once did the facility go on full alert—on November 9, 1965, when a power failure darkened much of the Northeast. [Site director, J. Leo] Bourassa says he feared at the time that it was the result of a surgical nuclear strike. His order: ‘Report to base at once.’ The site’s fleet of buses was dispatched to round up the 200-plus employees who lived in the area. Up until then, officials had feared that the staff would not report in because their family members would be sheltered. But that day, more than 80% of the staff answered the call. Bourassa also put the facility on a high state of readiness following [President John F.] Kennedy’s assassination. Surprisingly, Mount Weather was not put on alert during the Cuban missile crisis, though the situation was monitored closely.”

Since the terrorist attacks of September 11, 2001, the Mountain has no doubt received more visitors than it ever did during the Cold War. If you, dear reader, have been fortunate enough to actually see the inside of this monument to Strangelovian fantasy, please drop us a line here. Your anonymity is guaranteed.

MAKE MINE A TRIPLE: The Inside World of Bunker Nightlife 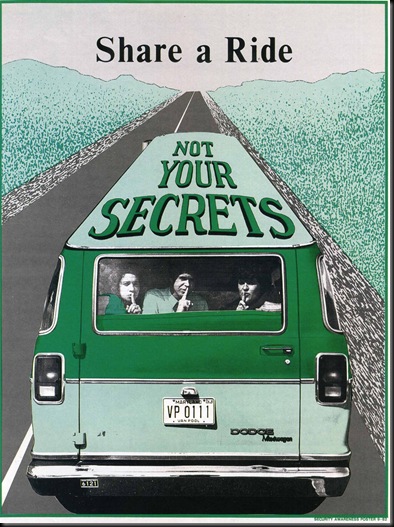 Posted by Bill Geerhart at 1:32 PM

Good Post! Thank you so much for sharing this pretty post, it was so good to read and useful to improve my knowledge as updated one, keep blogging.
artificial intelligence internship | best final year projects for cse | internship certificate online | internship for mba finance students | internship meaning in tamil