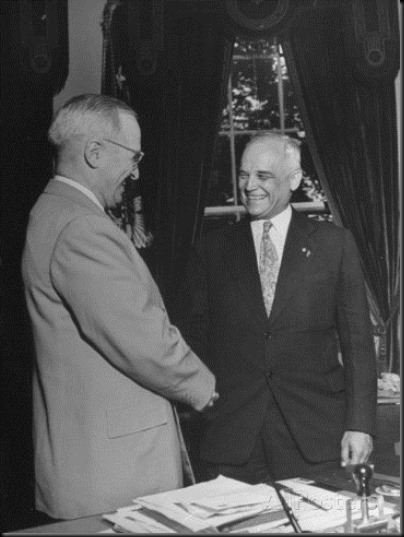 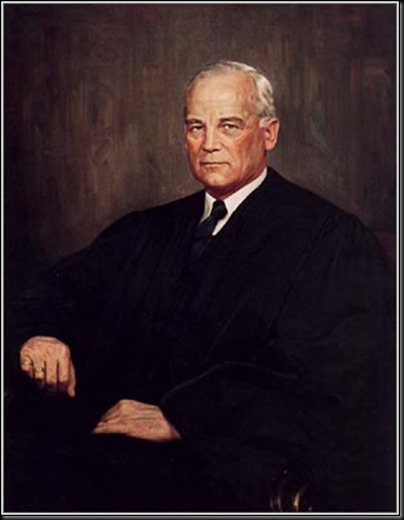 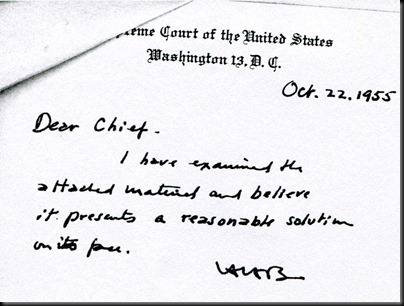 Posted by Bill Geerhart at 2:57 AM

Thanks for publishing these documents. Even the redactions from the documents you ask for in FOIA requests show more insight into the mindset of Federal officials then and now than we had before (who are they "protecting from the truth" regarding events fifty years in the past, anyway?).

Senator Burton obviously had a different outlook during the Second World War, in which millions of Americans were in harm's way, than Justice Burton would have had a decade or so later, when Workd War II's casualty figures would have been dwarfed in those of World War Three fought with thermonuclear weapons.

I have a first edition of Herman Kahn's classic "On Thermonuclear War," published in 1960. What's impressive about that book is how accurately he predicted the mindset of officials at each of five points in his future (our past and present, now) who had to grapple with the reality of an arms race which included thermonuclear weapons and their delivery systems.

I'm sure that George H.W. Bush's papers would show a similar evolution in attitude about matters nuclear from World War Two, when he was a Navy pilot doubtless grateful for the early cessation of the war in the Pacific he was in, through his political career, his Directorship of the Central Intelligence Agency (when his view of the nuclear balance of terror was arguably unparalleled), his Vice-Presidency under Reagan, his presidency (which saw a massive stand-down in America's tactical nuclear capacity and strategic alert status) to the present day. That might be a worthwhile thing to pursue, actually.

Escorts in Pakistan services only employ ladies that are certified and pass our strict requirements. You are our respected client hence why we offer ladies who will leave a permanent impression in any public appearance. Pakistani Escorts have an attractive sexual attraction, and their natural appearance is just too charming to look at.

You will feel good connecting with most of our tutors. 24 * 7 service and support is provided to all our users. We help with projects requiring Programming Assignment Help work.

We Fullassignment.com is among the best companies on the Law Assignments writing market. We offer top-notch essays, Law Assignment Experts research papers, thesis and other types of works that can be assigned to you at a high school or college. We also provide Australian Law Assignment Help from our experts. for more information contact us +16692714848.

The article you have shared here very good.https://charitypokertournaments.org This is really interesting information for me. Thanks for sharing!

Thanks for publishing these documents. Even the redactions from the documents you ask for in FOIA requests show more insight https://rutepiknik.com/ into the mindset of Federal officials then and now than we had before (who are they "protecting from the truth" regarding events fifty years in the past, anyway?).


This site contains a lot of really good information. Lots of useful inaformation.
I'll add it to my bookmarks and stop by often. Maybe other visitors will think the same way as me.
I hope you have a nice day today. Oh, it would be nice to visit our site and receive useful information.

Feel free to surf to my page - 부산달리기
(jk)

Are you looking for places to eat Indian food nearby? Here you can explore the best Indian restaurants and cuisines near your location.Order now.

Tracking capabilities are rated at 3.93 points. This indicates good performance - tracking systems provide detailed and up-to-date information on most parameters of shipments, and also often overcome national (both political and linguistic) barriers and can be qualified as international tracking systems. http://www.confiduss.com/en/jurisdictions/austria/environment/