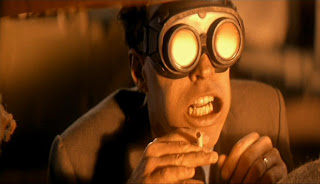 The 1989 model Oppenheimer (Dwight Shultz) admires Trinity in Fat Man and Little Boy
On the occasion of the 65th anniversary of the Trinity Test, it may seem unnecessary to rehash the obvious, but we'll go ahead and do it anyway: The Manhattan Project and the first atomic bombs that rolled off of its radioactive assembly line changed the world forever. But more than that, the once top secret crash program that ended World War II also left us with a commodity as rare as enriched uranium - celebrities! Given the epic deeds of the men at Los Alamos (and Tinian), it is not surprising that Hollywood would quickly seek to immortalize them. Over the years, a number of distinguished and not-so-distinguished actors have portrayed J. Robert Oppenheimer, Major General Leslie R. Groves and Colonel Paul W. Tibbets. Dr. Oppenheimer, by virtue of his lead scientific role in the creation of the weapon and his later moral qualms about it, is undoubtedly the most complex of the three personalities. Therefore, this first post (of three) will assess the performers who have attempted to fill the pork pie hat of the Father of the Atomic Bomb. The winner will receive the coveted, yet thoroughly made-up, Oppie Award.* In future posts, we will critique the thespians who have taken on Maj. Gen. Groves, the military commander of the Manhattan Project and Colonel Tibbets, the pilot who flew the epochal mission over Hiroshima on August 6, 1945. 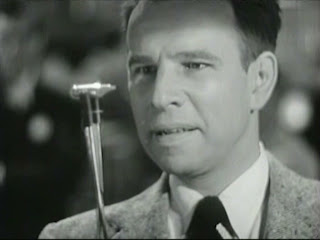 The first actor to portray the legendary nuclear physicist in a feature film was Hume Cronyn in MGM's The Beginning or the End (1947). Cronyn, best known for his later role in the Cocoon movies and for his durable marriage to Jessica Tandy, offers a brief, one dimensional performance that barely registers. Indeed, few if any of the reviews that were published at the time of the movie's release bothered to even mention the character. To be fair, though, none of the historical figures--with the possible exception of FDR's dog, Fala--emerge as anything beyond cardboard cutouts in the film. An additional handicap to Cronyn's depiction of the world famous scientist is his complete and utter lack of resemblance to him. In a circumstance that owes more to Oppenheimer's fall from grace in government circles than it does to Cronyn's lackluster acting job, the next dramatized version of Oppie would take years to materialize. 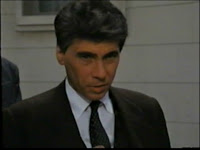 By 1980 one could be excused for expecting to see a more nuanced portrayal of Oppie, but the TV movie Enola Gay: The Men, the Mission, the Atomic Bomb, broadcast that year, fails to deliver. Because the film focuses on the bombing mission, the Oppenheimer part is reduced to little more than a brief walk-on. Robert Walden, who played investigative reporter Joe Rossi on Lou Grant, scarcely improves upon Cronyn's lightweight work. And even if the script had been more expansive with regard to Oppenheimer, it is hard to imagine Walden's fidgety physicist turning things around with more dialogue. Cecil Smith of the Los Angeles Times wrote of the performance: "Robert Walden seems miscast." 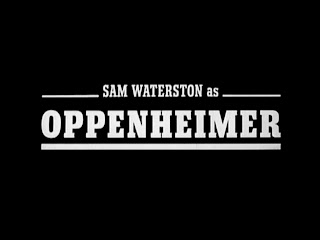 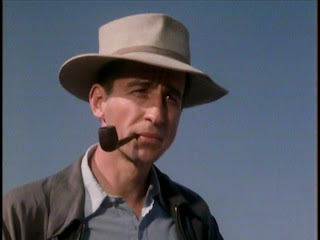 In 1982 a seven-part miniseries produced the previous year in Britain was broadcast in the United States as part of PBS's American Playhouse. Oppenheimer starring Sam Waterston in the title role remains the biggest theatrical canvas that the character has been drawn on to date. And, in terms of storytelling, it is the best dramatized version of the Manhattan Project. Yet, maddeningly, there is still something missing. Waterston evinces the dignity, arrogance and passion of Oppenheimer, but the full range of physical mannerisms so distinctive of the man aren't quite there on the screen. Anyone who has seen The Day After Trinity or other documentaries that feature the scientist know what these tics are - the nervous smoking, the sometimes tortured timbre of the voice, the crossed leg, etc. When viewed today, Waterston's performance suffers--through no fault of his own--from comparisons to his Law and Order character of Jack McCoy. Suffice it to say that the self-assured prosecutor and the nuclear physicist--at least as played by Mr. Waterston--have more than a few traits in common. But regardless of how it might be evaluated today, it must be pointed out that the miniseries and its star received rave reviews when it was broadcast in the U.S. 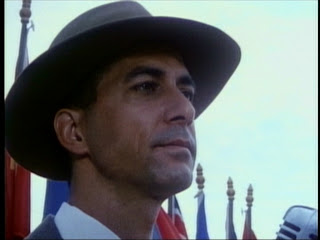 For some unknown reason, 1989 turned out to be the banner year for Oppiemania -- the scientist was feted with a TV movie, Day One, broadcast on CBS in March and a prestigious, big budget feature film, Fat Man and Little Boy, released in October. Despite its other limitations, Day One presents a perfectly cast David Stathairn as Oppenheimer. Strathairn is so good as the conflicted physicist that the viewer can't help but wince when he is forced to interact with a hammy Richard Dysart as President Harry S. Truman. Indeed, even with Strathairn delivering a performance worthy of a theatrical film, the production never quite shakes its TV movie pedigree. However, it is interesting to see the original fictional Oppenheimer (Hume Cronyn) sitting in the same room with the new and improved model. Cronyn plays Secretary of State James F. Byrnes who lobbies Truman for the immediate use of the bomb. Twenty years later, Strathairn reprised his version of the scientist in PBS's The Trials of J. Robert Oppenheimer, an American Experience special that deals with the tragic period during which Oppenheimer lost his government security clearance. 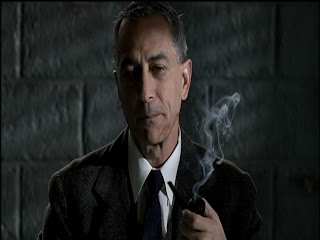 The unfortunately titled Fat Man and Little Boy (renamed Shadow Makers for its UK release) is a beautiful film to look at, but a failure on nearly every other score. The director, Roland Joffe (The Killing Fields), succeeds in turning one of history's great suspense stories--the race for the bomb--into a bloated, dialogue-heavy bore. Rather than exploit the very real drama and, yes, humor, of the Manhattan Project, Joffe interjects a lot of clumsy and historically questionable material into the film to make political points. His selection of Dwight Schultz (Captain Howling Mad Murdock from the TV series, The A-Team) to portray Oppenheimer was reportedly not his first choice. More than one article published at the time of the movie's release indicated that the other actor in contention for the role was Harrison Ford. In this context, Schultz was unquestionably the better option. On the other hand, the spectacle of Ford shouting out lines about critical mass and implosion with a pipe in his hand might have made Fat Man an instant trash classic on the order of Al Pacino in Revolution or John Wayne in The Conqueror. Shultz is merely bland and no real match for Paul Newman's barking caricature of Leslie Groves. Perhaps the most notable thing about this cinematic incarnation of Oppie is that he finally gets to have sex (Hume Cronyn abstained) with his communist mistress, Jean Tatlock (played by Natasha Richardson). 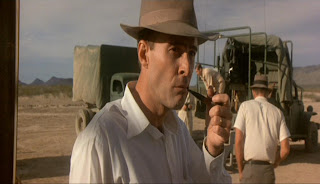 Ironically, the worst actor to play Oppenheimer was Oppenheimer himself. In 1946 the scientist let himself get talked into recreating his actions during the Trinity Test for a Time-Life-produced March of Time newseel short entitled Atomic Power. His brief, confused performance makes Dwight Schultz look like Laurence Olivier. Life magazine, though, shamelessly plugged Oppie's acting in its August 12, 1946 issue and called his moves "suggestive of Humphrey Bogart when the cops are closing in." Right.

If you've read this far, it will come as little surprise that the Oppie Award goes to David Strathairn for his performance in Day One and for the novelty of seeing him tackle the latter phase of Oppenheimer's life in The Trials of J. Robert Oppenheimer in 2009. If Mr. Strathairn is willing to give his acceptance speech in character at our offices, we'll cobble together some sort of trophy for him. 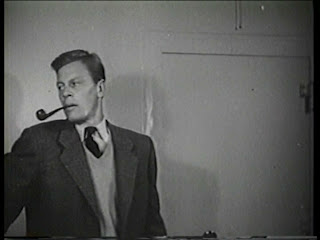 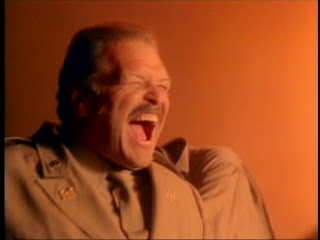 * Not affiliated with the literary award of the same name.
Posted by Bill Geerhart at 12:03 AM

Can you please do a "best character obviously based on Einstein but not actually called Einstein"? I nominate Sam Jaffe in "The Day The Earth Stood Still."

Thank you for another excellent article. Where else could anybody get that kind of info in such an ideal way of writing? I’ve a presentation next week, and I am on the look for such information.

You most certainly know how to keep a reader entertained. Between your wit and your videos, I was almost moved to start my own blog (well, almost…HaHa!) Fantastic job. I really loved what you had to say, and more than that, how you presented it. Too cool!

I think this is among the most vital information for me. And i’m glad reading your article. But want to remark on some general things, The web site style is great, the articles is really great : D. Good job, cheers