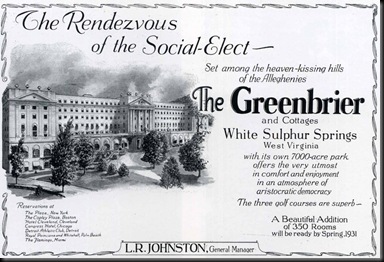 Way back in 1999 CONELRAD posted a travelogue piece on our visit to the decommissioned Greenbrier Congressional bunker in White Sulphur Springs, West Virginia. More than a decade later, it remains one our most visited pages, so we have decided to share some additional material that we’ve collected on the once top secret end-of-the-world government hideaway. But first, a refresher course on the five star fallout shelter known as Project Greek Island. 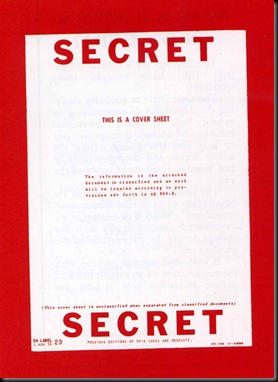 In August of 1955 President Dwight D. Eisenhower met with Speaker of the House of Representatives Sam Rayburn, House Minority leader Joseph W. Martin, Senate Majority leader Lyndon B. Johnson and Senate Minority leader William Knowland. The President urged these men to plan for the legislative branch’s continuity in the event of a national emergency. The leaders agreed on the necessity for a relocation site, but for obvious reasons, decided to keep the process classified. The responsibility for selecting an appropriate location was assigned to the Office of Defense Mobilization who in turn worked with the U.S Army Corps of Engineers.[1] 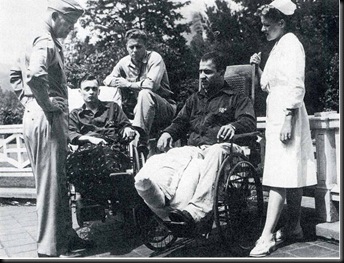 The Engineers identified approximately six suitable sites including the Greenbrier Hotel. According to the History of the Greenbrier by Robert S. Conte, the resort was chosen for several reasons: The Greenbrier’s address fell within the geographic parameters of the federal relocation arc (An area that features such super bunkers as Pennsylvania’s Site R and Virginia’s Mount Weather); the hotel was protected by surrounding mountains; it was accessible by various modes of transportation; it had an existing physical plant to support the shelter; and the resort had aided the government during World War II so there was already a relationship in place. In fact, Eisenhower had visited wounded soldiers at the Greenbrier several times after it was converted into an Army hospital in 1942.[2] In short, it was the ideal spot. 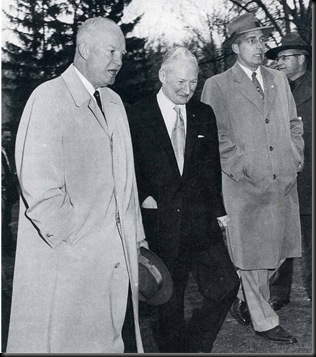 On March 26, 1956 President Eisenhower visited the Greenbrier again. During this trip he met with Walter J. Tuohy, the president of the C&O Railway, the company that owned the resort (that is Tuohy in the dark suit with Eisenhower in the above photograph). Two days later, a vague letter was sent to the rail magnate from the Congressional leadership introducing him to J. George Stewart, Architect of the Capitol, regarding “matters of vital importance to the Congress of the United States.” 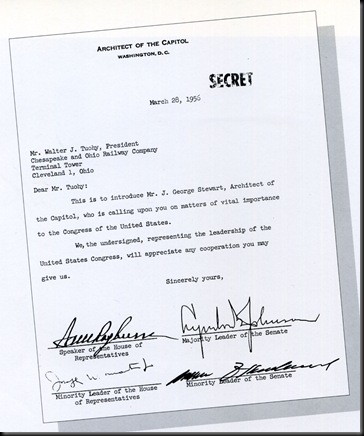 Less than a year later, exploratory drilling for the bunker project had begun. 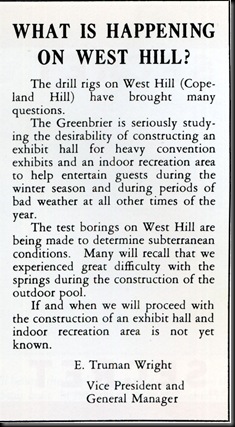 The February 1957 Greenbrier employee newsletter explained the presence of the heavy equipment on the West Hill of the property as being needed for tests for a proposed new exhibit hall. The code name for the secret shelter was initially Project X, then Project Casper and, beginning in the 1980s, Project Greek Island.[3]

On October 16, 1962—the outset of the Cuban Missile Crisis—the bunker was officially declared completed.[4] Almost immediately, the facility was placed on high alert and crates containing original government manuscripts were shipped to the site by the Architect of the Capitol.[5] During its thirty year existence, the bunker would never be fully activated, but a team of government specialists posing as television repairmen and security-cleared Greenbrier staff kept the place in a state of constant readiness.[6] 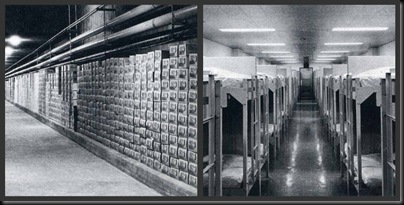 Deep undercover as the regional director of a front company called Forsythe Associates, Paul Fritz Bugas was the on-site director of the Greenbrier bunker from 1970 until its formal closing in 1995 (he and his staff also spent a small percentage of their time actually tending to the hotel’s televisions).[7] The site, of course, was famously exposed by investigative journalist Ted Gup in a Washington Post Magazine cover story in 1992, but the “closing of the base” and its transition into a tourist attraction took a period of several years.[8] 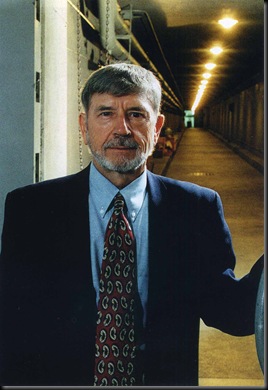 Bugas remained at the Greenbrier as a consultant long after the bunker’s decommissioning and it was in 2004 that CONELRAD had a telephone conversation with the no-nonsense former military man. We were interested in learning some of the details that Mr. Gup and other journalists failed to ask or neglected to expand upon. 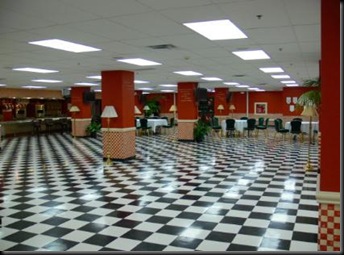 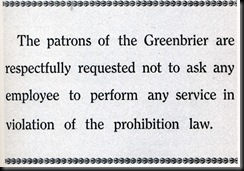 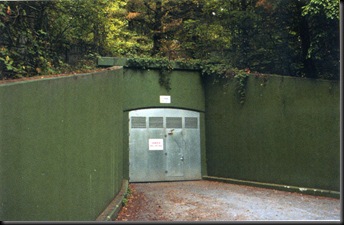 In 1998 we sent a letter to the Rev. James D. Ford, who was then the long-serving chaplain for the House of Representatives. We asked him for his thoughts on the Greenbrier shelter and the fact that, as chaplain, he was entitled entrance to the facility in the event of a national emergency. His response follows: 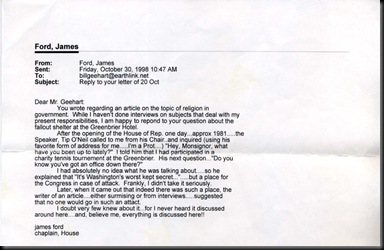 You wrote regarding an article on the topic of religion in government. While I haven’t done interviews on subjects that deal with my present responsibilities, I am happy to respond to your question about the fallout shelter at the Greenbrier Hotel.

After the opening of the House of Rep. one day…approximately 1981…the Speaker, Tip O’Neil called to me from his Chair..and inquired (using his favorite form of address for me….I’m a Prot….) “Hey, Monsignor, what have you been up to lately?” I told him that I had participated in a charity tennis tournament at the Greenbrier. His next question… “Do you know you’ve got an office down there?”

I had absolutely no idea what he was talking about….so he explained that “It’s Washington’s worst kept secret…”….but a place for the Congress in case of attack. Frankly, I didn’t take it seriously.

Later, when it came out that indeed there was such a place, the writer of an article…either surmising or from interviews….suggested that no one would go in such an attack.

I doubt very few knew about it…for I never heard it discussed around here….and, believe me, everything is discussed here!!

Tragically, Rev. Ford committed suicide at the age of 70 on his boat in Washington’s marina in 2001.[11] We are pleased to be able to share his unique perspective on the bunker here.

No one knows exactly where Congress will go in the event of an attack now, but as taxpayers we can only hope that there will be a full compliment of booze and condoms waiting for them. 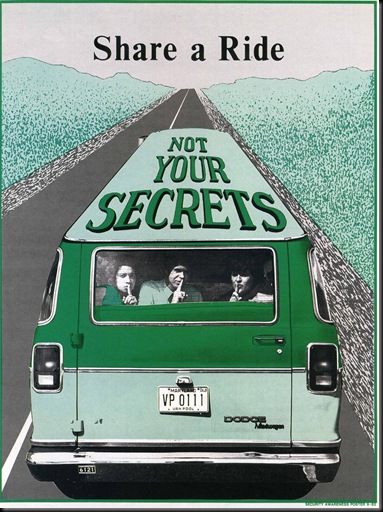 Security reminder posted in the Communications Office of the Greenbrier Bunker

[6] Ibid. and the Greenbrier Fact Sheet