On June 15, 1955, the annual civil defense drill known as Operation Alert was held throughout the United States. In New York City, bus drivers handed out passes (see image below) to their riders so that they could re-board without extra charge after the mandatory fifteen minute “take cover” period was over. 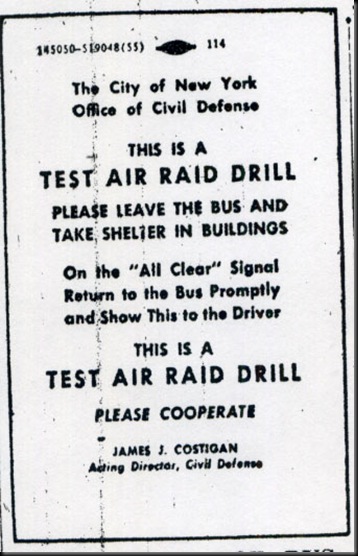 Posted by Bill Geerhart at 4:36 PM

Great Stuff Bill thanks for your dedication to uncovering some of the best cold war propaganda and artifacts, your love for this history is very appreciated!