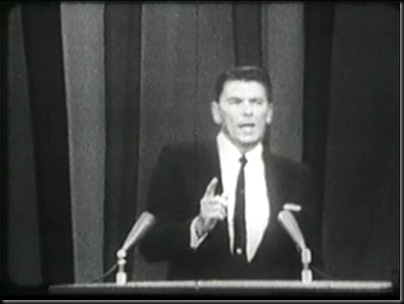 It was forty-seven years ago today that a fading film and television actor named Ronald Reagan injected a much-needed jolt of electricity into the flailing Barry Goldwater presidential campaign. On October 27, 1964 at 9:30 P.M. Reagan appeared on the NBC television network in a pre-recorded thirty-minute address entitled “A Time for Choosing.” The speech (aka “The Speech”) launched the future president’s political career and, among conservatives, has achieved a near mythical status. 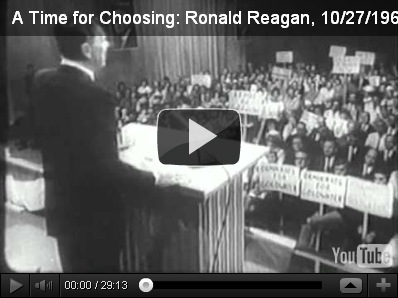 For the past year CONELRAD has been researching a comprehensive history of this famous broadcast. And while we are not quite ready to post a completed article, we thought we would observe the occasion of this anniversary by sharing some of the reactions that the Great Communicator received in the days after his televised pitch for the Republican nominee first aired nationally. 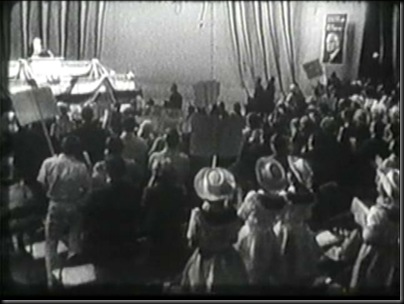 What follows are a few selected telegrams that CONELRAD obtained from the Ronald Reagan Presidential Library and Museum. Out of what was purported to be thousands of such responses, only a few dozen were preserved. Of these, all are gushingly admiring (Evidently, the Democrats who might have been inspired to write complaint letters were watching Petticoat Junction on the other channel). 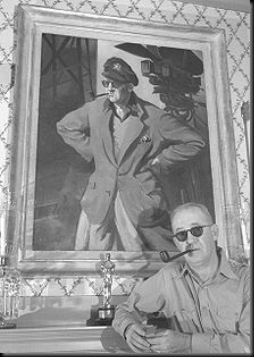 We thought we would start our presentation with multi-Academy Award-winning film director John Ford’s succinct rave for Citizen Reagan’s speech: 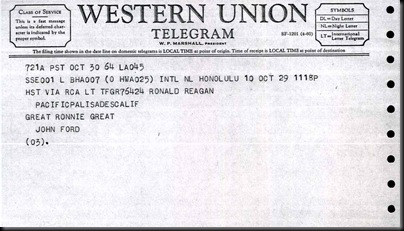 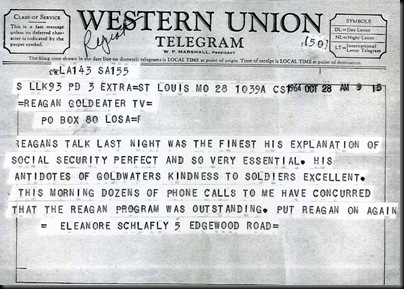 Dean Burch, the Goldwater loyalist who was installed as the Chairman of the Republican National Committee after the Arizona senator won the GOP nomination, weighed in with this praise: 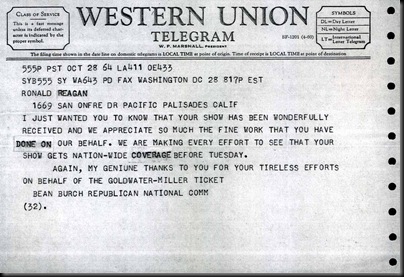 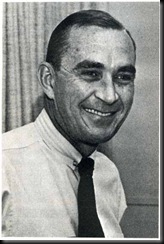 Burch, it appears, was the only member of the so-called Arizona Mafia to thank Reagan for his speech. Other members of the inner circle, namely Denison Kitchel and William J. Baroody, actively tried to stop A Time for Choosing from airing. The motives ascribed to them for this action vary, but most accounts cite their nervousness over Reagan’s remarks on Social Security.

The next telegram comes from F. Clifton White, the architect of Goldwater’s stunning nomination victory. White, who had wanted to become RNC Chairman, found himself inexplicably marginalized during the general election campaign. 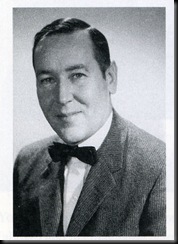 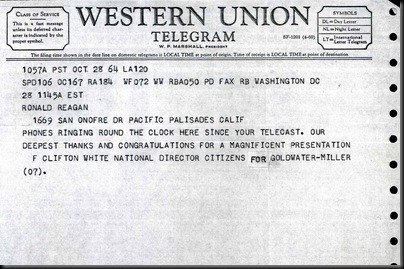 We chose this next missive because we liked the writer’s expression “Uncle Goldie.” 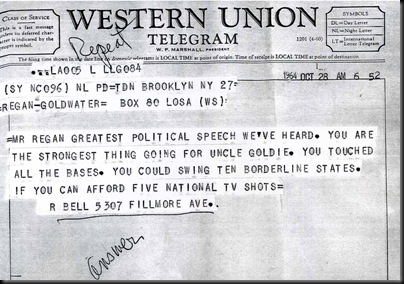 And we decided to conclude our sampling with Ms. Wilma Batz of Peoria, Illinois who somehow channeled the improbable future and asked: “…I know you’re an actor but are you running for president?” 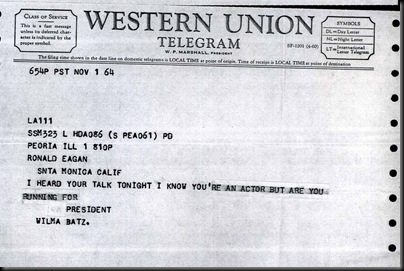 It took a while for Reagan to fulfill Ms. Batz’s prophecy, but a little over a year later, on January  4, 1966, the Gipper was back on television announcing his candidacy for the Republican nomination for governor of California. 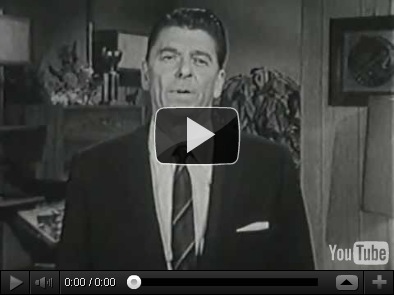 Posted by Bill Geerhart at 6:17 AM