In the end, the history of Daisy ad is rooted in sound as much as it is rooted in vision. CONELRAD's comprehensive Daisy story would not be nearly as complete were it not for the generous contributions from the audio archives of Tony Schwartz. The evolution of the child-adult "count down" concept of the famous 1964 ad can be heard in some of the slideshow clips presented here. As noted in the main article, this work was produced years before the Daisy spot and provided the audio blueprint for the 1964 ad. And to hear Monique Corzilius, the Daisy girl herself, on location in Highbridge Park in New York being coached to count is a fascinating aural window into the making of the ad.

Beyond the audio evidence of the development of the spot is the sound of the political drama that played out in the background. And, fortunately for history, Lyndon Johnson was paranoid. Otherwise, we would have been denied his secretly recorded White House telephone calls in which he can be heard bouncing bizarre campaign strategy ideas off of Attorney General Robert F. Kennedy or cursing when he learns that his badly beaten opponent, Barry Goldwater, will not concede until the day after the '64 landslide.

We present these clips with a very special thanks to Tony Schwartz, Anton Schwartz, Forrest Gray and the Lyndon Baines Johnson Presidential Library and Museum.

This is the earliest example of a child counting in Mr. Schwartz's audio archives. 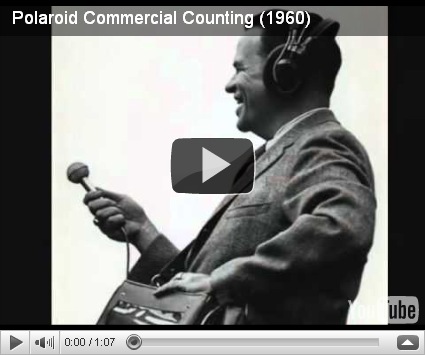 This is the earliest recorded example of the child-adult-countdown-explosion juxtaposition later used in the Daisy spot. 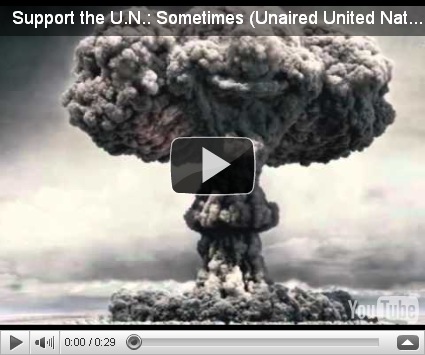 This version of the previous U.N. PSA was aired in 1962 on WNYC radio in New York City. 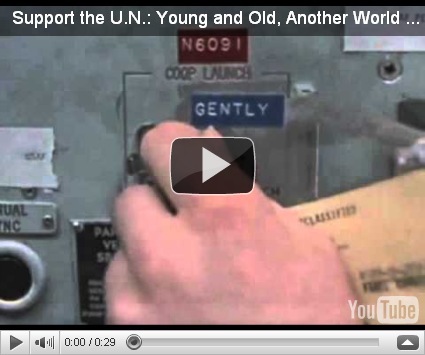 President Johnson's speech to the American Society of Newspaper Editors included a paraphrase of a line from W.H. Auden's famous poem "September 1, 1939." Johnson's recorded pronouncement, "We must either love each other or we must die" was later used as part of the audio for the Daisy spot. This particular clip is from the actual speech, but slightly edited to remove a reference to the "Rose Garden" (presumably to make it more generic and therefore more commercial-ready). 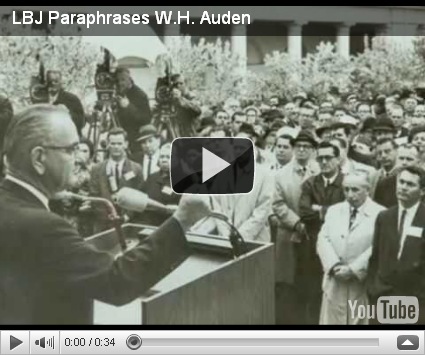 Monique Corzilius, age 4, is prompted to count on location in Highbridge Park, New York. The voice of the person working with Monique is likely Doyle Dane Bernbach Art Director Sid Myers. At CONELRAD's request, Myers listened to a copy of the tape and stated: "It's hard to tell whose voice it is, but I think it was mine." The gentleman with the British accent is undoubtedly UK transplant Drummond Drury, the credited cameraman for the shoot. In a bit of an atomic coincidence, Mr. Drury was also the cameraman for Duck and Cover. 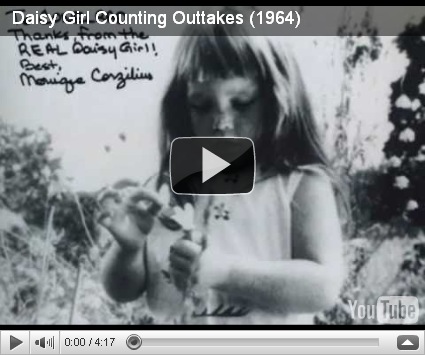 President Johnson's Press Secretary offers the President an unusual discourse on what he perceives to be Barry Goldwater's chief vulnerabilities. One of Reedy's remarks concerns women being fearful of giving birth to "two-headed" babies in a world without a Nuclear Test Ban Treaty. 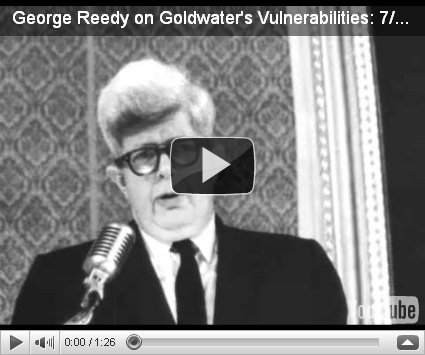 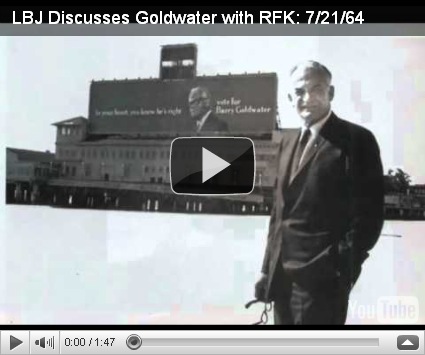 President Johnson expresses his concern over a potential Goldwater win to Texas Governor John Connally: "I just shudder to think what would happen if Goldwater won it. He's a man that's had two nervous breakdowns. He's not a stable fellow at all." Johnson's basis for claiming his opponent has had mental health issues is a May 1964 Good Housekeeping magazine interview with Barry Goldwater's wife, Peggy. In it she references two particularly stressful events in her husband's pre-political life. 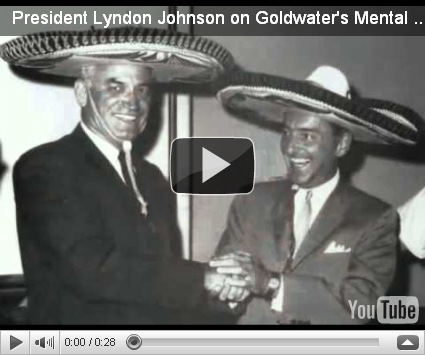 President Johnson cautions Secretary of Labor Willard Wirtz on "overdoing" a proposed campaign advertisement. When Wirtz doesn't seem to grasp what the President is trying to convey, Johnson invokes the Daisy spot as an example of "overdoing it." 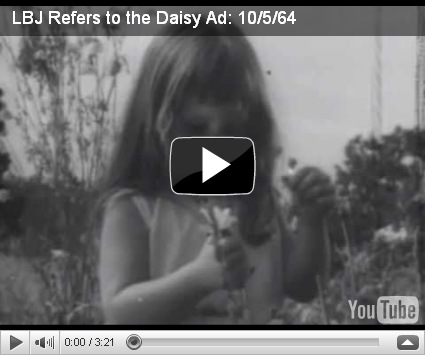 President Johnson wonders aloud to Texas Governor John Connally why "the son of a bitch" (Goldwater) won't concede on election night (November 3rd). Connally asserts that Goldwater is attempting to embarrass the President by refusing to concede until the following morning (thus denying Johnson an election night victory celebration). 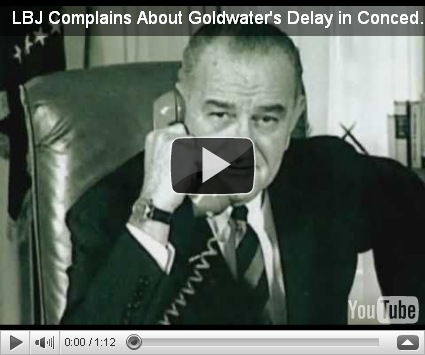