CONELRAD obtained the following evidence of Monique Corzilius’s professional modeling career from the Corzilius family. This evidence demonstrates that Monique was a working child model during the period of the Daisy ad. It also proves that her parents had a more than casual interest in the famous 1964 commercial.

This is evidence that Corzilius worked for a professional child modeling agency around the time of the Daisy ad. 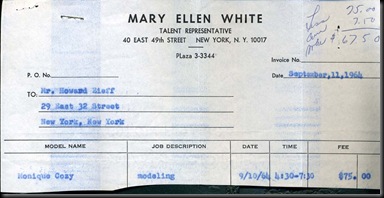 This is evidence that Corzilius worked for a professional child modeling agency around the time of the Daisy ad. The surname “Cozy,” as seen on the pay slip, was Monique’s modeling name. 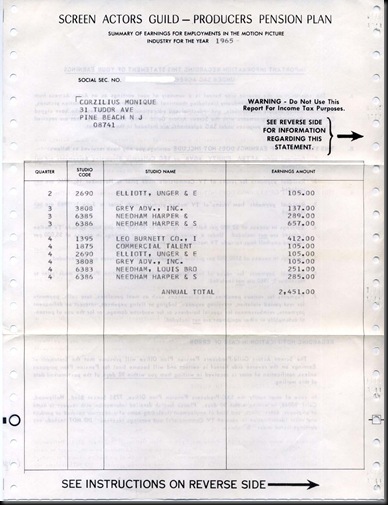 Per Monique’s parents she was not a member of SAG when the Daisy commercial was filmed, but joined shortly thereafter. 1965 was the first year the family had a SAG Earnings Summary for her. 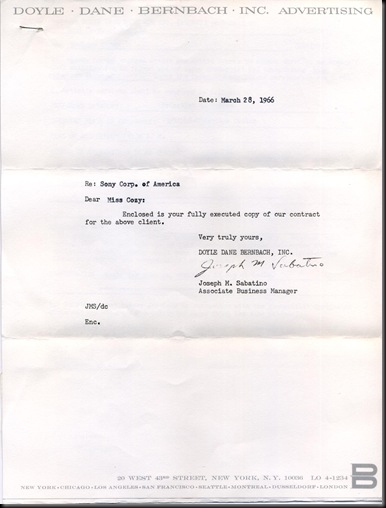 This contract cover sheet is evidence that Corzilius worked for Doyle Dane Bernbach. The surname “Cozy,” as seen in the letter, was Monique’s modeling name. 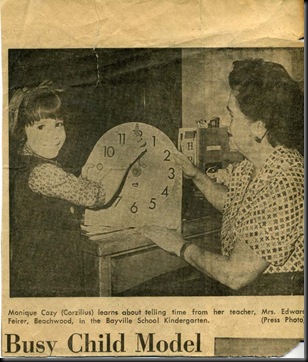 This undated local New Jersey newspaper article image is another piece of evidence that proves Monique was a child model. 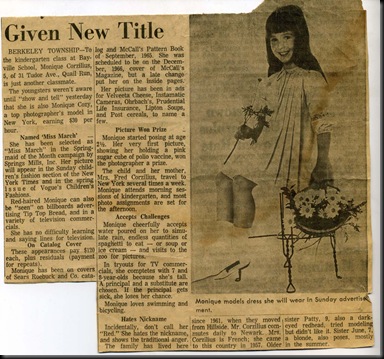 This 1967 feature article from an unidentified New Jersey newspaper is another piece of evidence that proves Monique was a child model. The twelfth paragraph of the article refers to the industry practice of a “principal” and a “substitute” being chosen for commercial work. 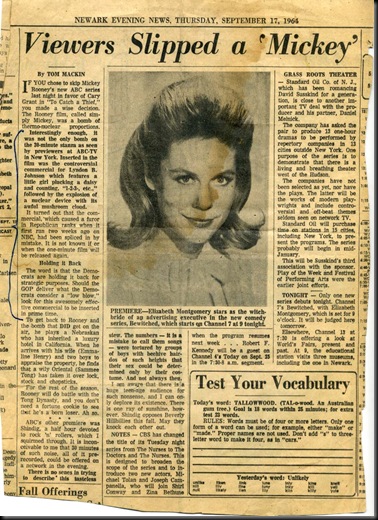 If you chose to skip Mickey Rooney’s new ABC series last night in favor of Cary Grant in “To Catch a Thief,” you made a wise decision. The Rooney film, called simply Mickey, was a bomb of thermo-nuclear proportions.

Interestingly enough, it was not the only bomb on the the 30-minute stanza as seen by previewers at ABC-TV in New York. Inserted in the film was the controversial commercial for Lyndon B. Johnson which features a little girl plucking a daisy and counting, “1,2,3, etc.,” followed by the explosion of a nuclear device with its awful mushroom cloud.

It turned out that the commercial, which caused a furor in Republican ranks when it first ran two weeks ago on NBC, had been spliced in by mistake. It is not known if or when the one-minute film will be released again.

The word is that the Democrats are holding it back for strategic purposes. Should the GOP deliver what the Democrats consider a “low blow,” look for this awesomely effective commercial to be inserted in prime time. 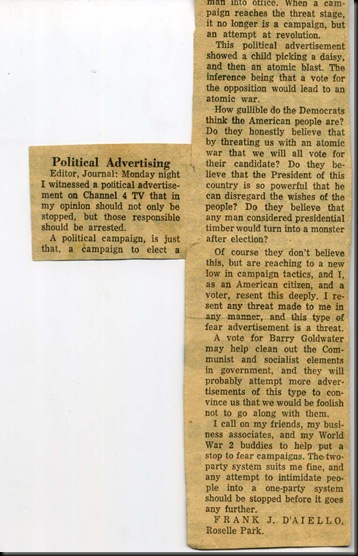 In this undated letter to the editor of a New Jersey newspaper, the author Frank J. D’Aiello of Roselle Park, New Jersey complains about the Daisy Ad and suggests that those “responsible” for the commercial “should be arrested.” 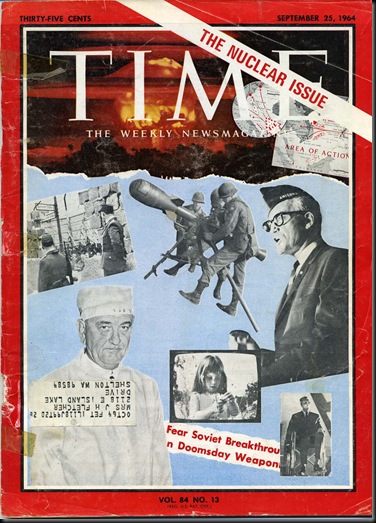 The Corzilius family saved two copies of this September 25, 1964 issue of Time. 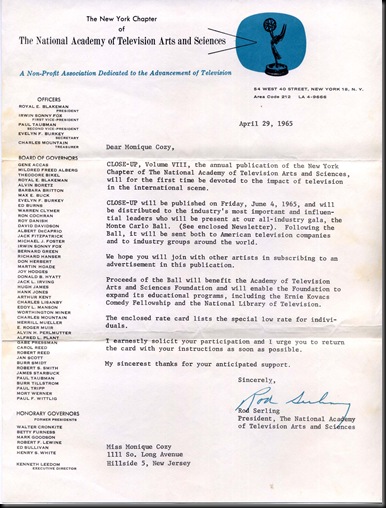 This correspondence from the Twilight Zone auteur to the Daisy Girl is included here more as a curiosity than anything else.

Posted by Bill Geerhart at 1:07 PM