The very first Fallout Shelter Sign ever posted was on the exterior of the Westchester County Building at 148 Martine Avenue in White Plains, New York on October 4, 1961. The capacity of the shelter was marked as being for 1,730 persons. The sign itself no longer exists, but an image of it was used in a December 1, 1961 press release by the Defense Department. This photo now resides at the National Archives and Records and Administration in College Park, Maryland. CONELRAD scanned it during the research phase of our comprehensive history of the sign. 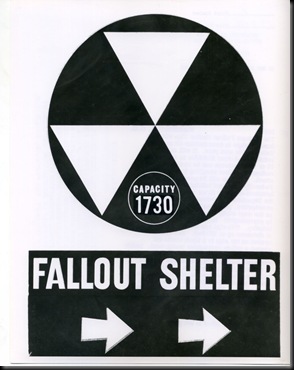 The following text appears on the back of the black and white government still. A small portion of this government-composed text announcing the sign to the public found its way into newspapers across the country on December 2, 1961:

The National Fallout Shelter Sign will be a familiar sight in communities all over the United States next year. It will mark buildings and other facilities as areas where 50 or more persons can be sheltered from radioactive fallout resulting from a nuclear attack. The sign will be used only to mark Federally-approved buildings surveyed by architect-engineer firms under contract to the Department of Defense. The color combination, yellow and black, is considered as the most easily identified attention getter by psychologists in the graphic arts industry. The sign can be seen and recognized at distances up to 200 feet. The shelter symbol on the sign is a black circle set against a yellow rectangular background. Inside the circle, three yellow triangles are arranged in geometric pattern with the apex of the triangles pointing down. Below the fallout symbol, lettered in yellow against black, are the words FALLOUT SHELTER in plain block letters. Yellow directional arrows located directly underneath the lettering which will indicate the location of the shelter.

1 December 1961 Name of photographer is not given

Before the Kennedy-era survival sign took root, there were older shelter signs that needed to be removed. The following shot of Government Services Administration employee Anthony Galati conveys the changing of the guard in signage: 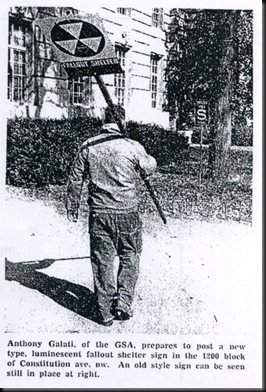 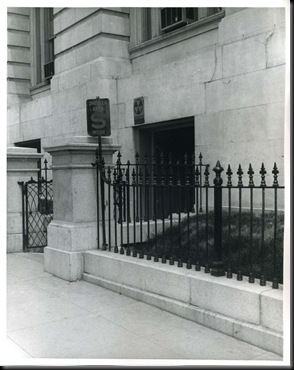 Governors, mayors and lesser mortals exploited the posting of the signs for photo-ops… 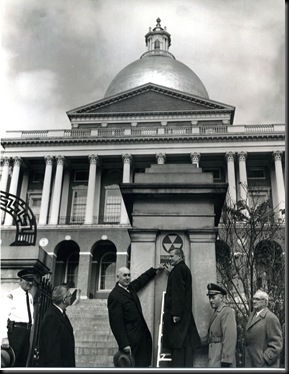 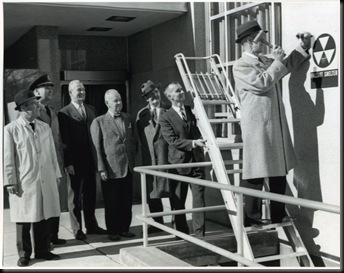 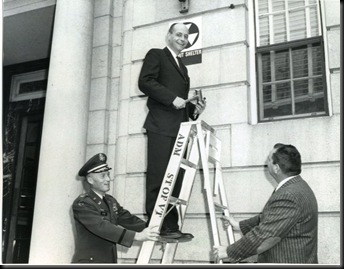 But mostly, the posting of these signs by the tens of thousands (at least) in the 1960s and 1970s was a boring, repetitive task. The National Archives has preserved some of the more mundane scenes of the task in progress… 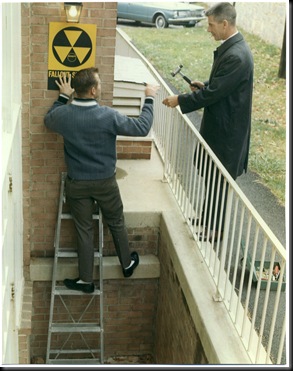 A Fallout Shelter Sign posting takes place in an undated photo in Falls Church, Virginia. Note that the fellow with the hammer has a cigarette in his mouth. 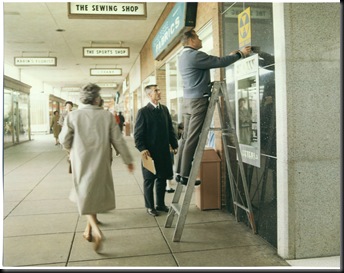 There they are again—this time in a Falls Church, Virginia mall. 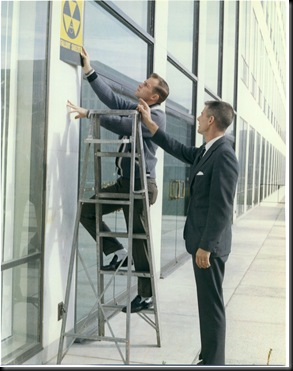 This time the boys are in Washington, D.C. affixing the sign to an office building.

Of course, the government took special care to put the signs up, but removing them after the end of the Cold War was not on the top of anyone’s priority lists… 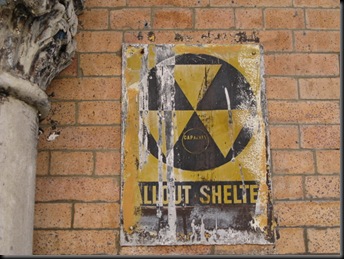 If you want your ex-girlfriend or ex-boyfriend to come crawling back to you on their knees (no matter why you broke up) you need to watch this video
right away...

(VIDEO) Text Your Ex Back?

Greetings! Very helpful advice in this particular post! It is the little changes which will make the largest changes. Thanks a lot for sharing!

So informative things are provided here, I really happy to read this post, I was just imagine about it and you provided me the correct information I really bookmark it, for further . 야한동영상

Thank you ever so for you blog article. Much obliged. Really informative article. Really looking forward to read more. Cool. 한국야동닷컴

Thanks for sharing. I found a lot of interesting information here. Thank you for this fascinating post, I am happy I observed this website on Google. Not just content, in fact, the whole site is fantastic. 국산야동

That is the reason selling promoting efforts showcasing with the goal that you could significant investigate past advertisment. Simply to scribble down more grounded set that fit this depiction. 먹튀검증업체