“…[My] longest five minutes in radio.”

--WOWO broadcaster Bob Sievers reflecting on what it was like to be on the air waiting to announce the end of the world. 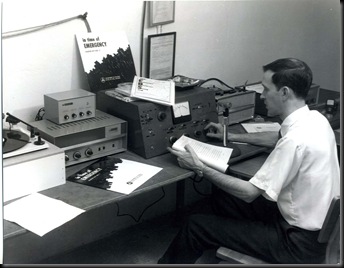 On the morning of Saturday, February 20, 1971, Wayland S. Eberhardt, a civilian teletype operator, was going about his routine duties at the National Emergency Warning Center at Cheyenne Mountain in Colorado. One of the functions of “the Mountain” during this era was to send out the weekly Emergency Broadcast System (EBS) test directive to the nation’s radio and television stations. They were, of course, also responsible for sending out the real warning. When stations received these messages they compared it against a card to determine what action to take. 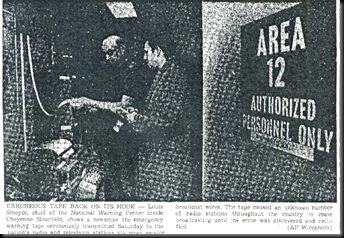 At 7:33 a.m. local time on that fateful Saturday, Mr. Eberhardt, a fifteen-year veteran of his job, fed the wrong tape into the transmitter and set off a panic that is remembered to this day. He was later quoted by the New York Times as saying “I can’t imagine how the hell I did it.” But he did.

The teletype message that went over the wires read:

THIS IS AN EMERGENCY ACTION NOTIFICATION (EAN) DIRECTED BY THE PRESIDENT. NORMAL BROADCASTING WILL CEASE IMMEDIATELY. ALL STATIONS WILL BROADCAST EAN MESSAGE ONE PRECEDED BY THE ATTENTION SIGNAL, PER FCC RULES. ONLY STATIONS HOLDING NDEA MAY STAY ON AIR IN ACCORD WITH THEIR STATE EBS PLAN. 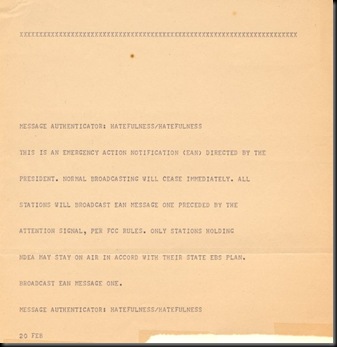 Station managers, broadcasters and listeners across the country were thrown into a tizzy. David Skinner, the news director of WEVA in Emporia, Virginia recalled the experience for a reporter: “I thought I was going to have a heart attack trying to open that damned envelope [containing the code words that authenticate the message from Cheyenne Mountain]. I haven’t felt that way since John Kennedy was killed.”

Chuck Kelly of WWCM in Brazil, Indiana took his station off the air for twenty-two minutes and told a reporter, “I saw the authenticated message and thought, ‘My God! It’s December 7 [1941] all over again!’”

Corine Muldoon, 24, of Cambridge, Massachusetts told a Boston media outlet that she heard the alert when she was getting ready to go to work:

I couldn’t believe it. I thought it was a joke. I thought I was dreaming. Then I switched the dial and some stations were playing music, so I didn’t know what was happening. You can’t believe how panicky I was. All I could think of was Laos,* that Nixon had pushed the wrong button. I feel I lost about ten years [off my life].

I was absolutely terrified. It was so authentic. I just knew we were at war and the President would come on and say what had happened. 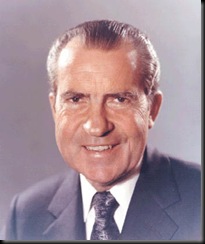 A spokesman for KIXL in Dallas told the New York Times that “This made us just angry as hell. You can’t play around with things like this. If we had gone on the air and broadcast this alert as being from the President of the United States, some old people would have checked in right then.” 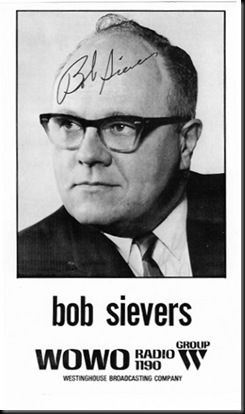 Decades after the incident, broadcaster Bob Sievers (WOWO-AM, Fort Wayne, Indiana) referred to his time on the air after the alert as his “longest five minutes in radio.” Thanks to the folks at the History of WOWO website, these tense five minutes—Partridge Family lead-in included!—are preserved for the ages. With their permission, CONELRAD presents the audio below in a slideshow. Sievers, a Fort Wayne institution, retired from the station in 1987 and passed away at the age of 90 in 2007. 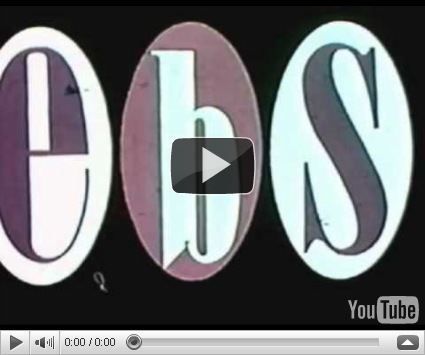 After forty minutes of frantic scrambling and sending out “kill” messages that did not contain an authenticator code word, the Cheyenne Mountain staff finally found the correct code to cancel the apocalyptic transmission. It read: 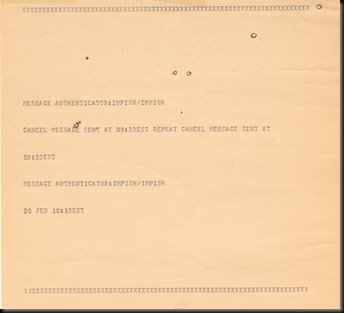 President Nixon did not comment of the gaffe, but his Secretary of State, Melvin Laird, stated that there would be an investigation of what caused the false alert. The Pentagon released this statement that blamed civil defense:

The Office of Civil Defense is currently investigating the circumstances surrounding the transmittal of the erroneous message. The National Emergency Warning System is located within the NORAD Cheyenne Mountain complex but is not a NORAD function. It is operated by the the U.S. Army’s Strategic Communications Command. This is a civil defense action and not a military one.

Louis I. Smoyer, the chief of the warning center, said simply, “It damn sure won’t happen again. I’ve got to have time to sit up here and figure out how to make this thing fail safe.”

To his credit, Smoyer’s solution did not involve firing the hapless Wayland S. Eberhardt who was described as being “seriously shook up” over his mistake. Rather, the manager had a simple, low-tech remedy: He moved the tapes for the genuine alerts away from the transmitter. The Greeley (Colorado) Tribune explained the new procedure to its readers on February 23, 1971:

…In the past three tapes, one for the test and two for actual emergencies, were hanging on three labeled hooks above the transmitter… In the future only the test tape will be left near the transmitter. The two emergency tapes [will be] be sealed in clearly marked envelopes and placed inside a nearby cabinet.

This decidedly analog fix seemed to work. And it appears that Mr. Eberhardt lived out the rest of his life in quiet obscurity. He died in Colorado Springs, Colorado on November 20, 1996. But in Cold War trivia circles, he will never be forgotten.

CONELRAD would like to thank the History of WOWO website for permitting use of its audio in this article.

Thanks also to the administrator of ebstest.stlmedia.net for recounting the history of the EBS gaffe from a broadcaster’s perspective and for sharing archive copies of the teletype transmissions.

In addition, the following resources were relied upon in writing the above article:

There is a recording of how the EBS mistake of 1971 sounded on WCCO-AM (Minneapolis/St. Paul) on www.radiotapes.com

I've seen the teletype messages from that incident. At first, they sent a couple of "oops, disregard, that was a test" messages. Then they sent one with the "disregard, the code words are hatefulness/hatefulness", but that was the wrong code.

As the article says, it took 40 minutes and six tries before they finally cancelled it with the correct code words.

There were some interesting studies done afterwards on how the various radio stations had performed, with some not going live with the alert at all because they knew it was a scheduled test, and others canceling the alert prematurely and so forth. Only something like 20% did everything right.

The take-away was that if the Ruskies ever wanted to attack us, they should do so during a scheduled test, so they stopped doing the tests on a fixed schedule.

I was working at a small station in central CA that morning - we were assigned to monitor KMJ in Fresno for that test - our monitor never went off. I always regretted missing out on that whole thing.

We at KLIF in Dallas decided that mistake or not, we would not broadcast a warning because we were so close the Carswell SAC AFB in Ft. Worth that no one would have time to take cover. All types if havoc and panic would result. What a relief when the UPI news teletype said it was a mistake.

I was on the air (and the sole employee at the station) at KOCA-AM in Kilgore, Texas. It came over the AP wire and since it was the usual time of the weekly test, I decided somebody had screwed up and so I decided not to activate the EBS for our station. I turned a radio in the front office to KLIF-AM in Dallas (see comment above by Jim Hilty) and they were in normal broadcast mode, so I figured I had made the right decision not to put anything on the air that would needlessly panic anyone. I made up my mind not to do anything until KLIF did. They didn't and I didn't. A few days later I thought, "The Soviets would certainly know when the tests were (it wasn't secret information) and choose that time for an attack." Looking back, I think a lot of us broadcasters that didn't activate their EBS got lucky that day!

If you're looking for a good contextual advertising company, I suggest you have a look at Clicksor.

I was in high school in Massachusetts that morning in 1971.I was home alone...the radio station broke in with the bulletin....I thought that was it....I'd never see my family again..
...and not worry about what to get anybody for Christmas. A day that I will NEVER forget!!!

Someone should get this story to the Hawaii folks, eh?

I agree with Nate. This should have been told to people not just in Hawaii but in any state news agency. This is somewhat the same situation same time 8 in the morning forty minutes before they actually corrected it unless it was down earlier than that.

I can see where that would make a few people change their pants... Can't imagine what it would've been like to actually be in the station at the time (even though I've read the stories).