“The species is a flop.” 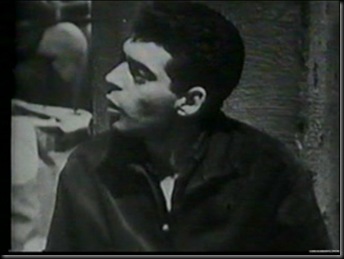 Public Shelter Living: The Story of Shelter 104 is a gem of a civil defense film from 1964. It begins with shelter manager Bob and his assistant, a chirpy blonde, counting people coming into a public Fallout Shelter to avoid the off-camera atomic attack. The thirty-minute black and white movie concerns the challenges of living in a shelter “for as long as we have to.” At one point Shelter Manager Bob tells everyone “That it won’t be any picnic in here. There’s going to be a certain amount of discomfort for all of us.” He then urges his captive audience to “sit down, remain calm and continue filling out those forms that were handed to you.”

Beatnik malcontent “Mr. McCann” (who looks like Lenny Bruce by way of Jerry Stahl) is having none of it. As Bob and his assistants stare at him in disgust, the Beatle-booted hipster lays it all out for them:

Contemplating your errors, friends? You know, the fact is, you made a stinking mess out of everything. And now we’re all going to die down here in this black little hole. 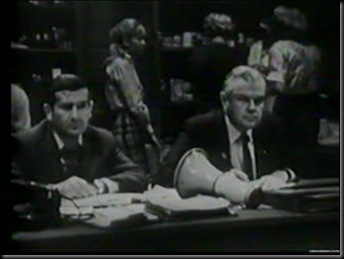 Beatnik: Don’t give me a lecture on the survival of the species, little girl. The species is a flop. And whether it all goes up in one grand whoosh or carries on for another week or drags on for a month… 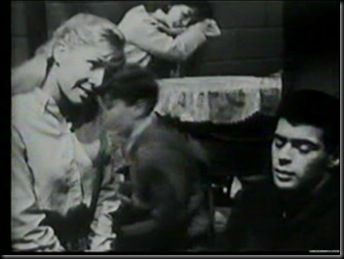 The primary lesson of the film seems to be targeted at potential shelter managers: Don’t let stoned beatniks wander into your shelter after the big one drops. You might live to regret it. 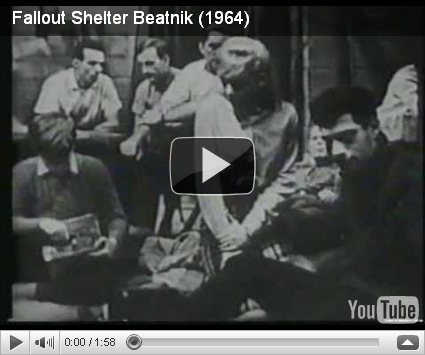 Posted by Bill Geerhart at 9:01 PM

That's a bit of the theme of "The last woman on earth"... Beatniks have no chance, in fact.

"…the everyday problems of a nuclear holocaust." I hope the person who wrote that (and it wold have been approved by an army of bureaucrats) was stoned out his or her gourd, and giggling when the words were uttered out loud.

Hi, my names is Scott am new here and I would be needing help from you guys. My Late Dad was a munchkin breeder, he started breeding Munchkin kittens 🐱 when I was 15 years old and he named the small cattery after me, "Scott Munchkin Cattery". He has been breeding for 13 years before he passed away and before he died he asked me to continue running the cattery. So I contact some of the registered Munchkin breeder for advice, they told me I need to build a website to advertise the Liter I have available so I did that. Here is the website I built https://munchkins.company.com please you guy should review and advise me on what to do please 🙏 I need more advice from you on what to do
Thanks